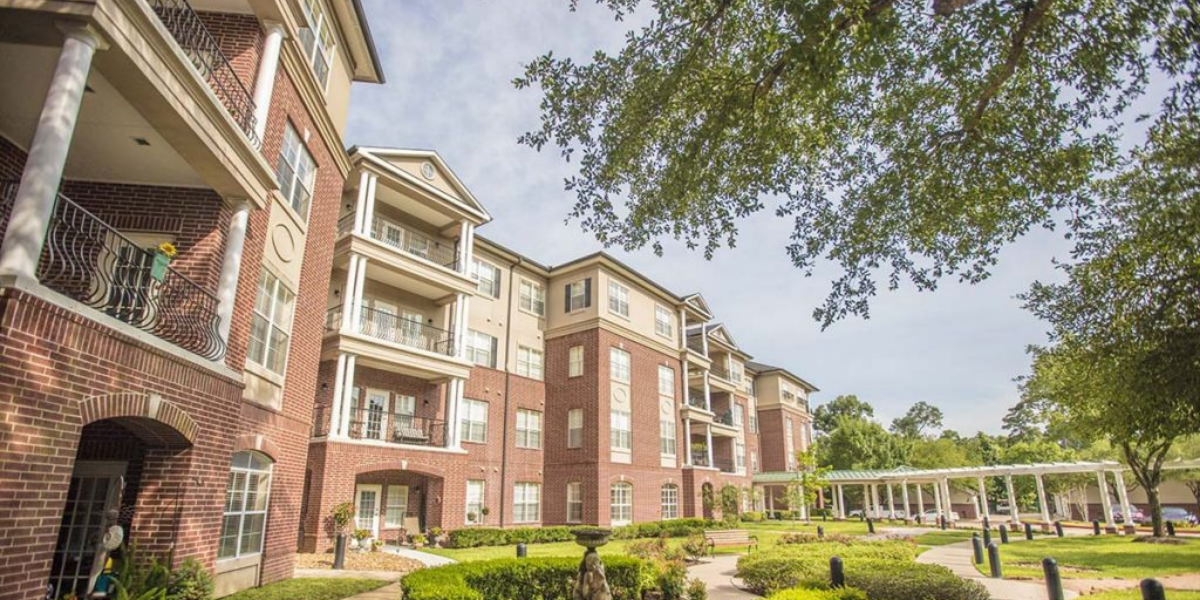 The Buckingham, situated just west of Downtown Houston, lies in the heart of Harris County, where COVID cases account for nearly 20% of the state’s total cases and about 11% of the deaths.1

“Harris County is one of the most populated counties in the area and has one of the highest case counts per capita, and the Buckingham was not immune to COVID-19,” Executive Director James Kneen remarked.

At the time of publishing, The Buckingham had recorded exactly 100 cases within their community since the beginning of the pandemic and is currently COVID-free. Philip Jacob, Associate Executive Director, tied many of those cases back to heavy initial testing at the onset of the virus.

“We tested all employees – not just those exhibiting symptoms - almost right away and found a high number of asymptomatic cases that we never would’ve discovered if not for the across-the-board testing,” Jacob explained. “That really helped prevent further spread of COVID within the community.”

“Anecdotally, we’ve heard that no one else in the state was testing at the level that we did that early on,” Kneen added. “We were fortunate that we never had an issue getting the tests, we just saw a little delay in getting those results back.”

Even as positive cases crept into skilled nursing, Kneen and his staff were never fearful, but certainly respected the gravity of the situation, and realized that communication would be critical in reducing any staff, resident, or community panic.

“We were completely transparent from the very beginning and posted updates weekly, and sometimes multiple times per week,” Kneen said. “We felt we really needed to own the message, own the situation, and that’s the approach we took.”

Not only did communication to staff and residents increase during this time, interactions between The Buckingham leadership and Greystone, who has worked with the community since 2004, became a daily occurrence.

“Having Greystone’s wealth of knowledge at our disposal was invaluable at the beginning when we were just trying to figure everything out together,” Kneen recalls. “Every day for about five months we had a call at noon, and sometimes had weekend calls. That level of support and expertise was incredible.”

From dining delivery to hallway happy hours, The Buckingham’s lifestyle team adapted quickly, coming up with more and more creative ways to serve their residents safely.

“We even helped do FaceTime and video calls for our residents to stay in contact with their families,” Kneen said.

As cases trended downward, The Buckingham team began to open a few common spaces in July, like the library, the fitness center, and their popular billiards room.

“Obviously, all of those areas have restrictions in terms of how many people are allowed in there at once, but it seems to have worked very well so far,” Kneen remarked.

Like many other campuses, visitation was shut down early on in March. However, Buckingham’s case count continued to be a factor in the team’s decision to keep the campus closed to outside visitors.

“Visitation is still closed in our memory and skilled nursing areas,” Kneen remarked. “We just opened up visitation in independent living on September 16th. It will definitely be a happy occasion when we’re able to open it up in all areas of the campus.”

Looking back, both Kneen and Jacob are hard-pressed to recall anything specific that they would have changed regarding campus shutdown, new procedures, or communication. The Buckingham’s recent renovation helped create more space, which both men say has made physical distancing in group areas a lot easier as they have opened up parts of the campus.

“We’ve now had over six months of experience with everything, so we have a pretty good feel for how to enforce the restrictions and mitigate any new risk,” Kneen concluded. “It’s been an experience to say the least.”

1 Based upon numbers gathered from the Harris County COVID Dashboard on September 16, 2020