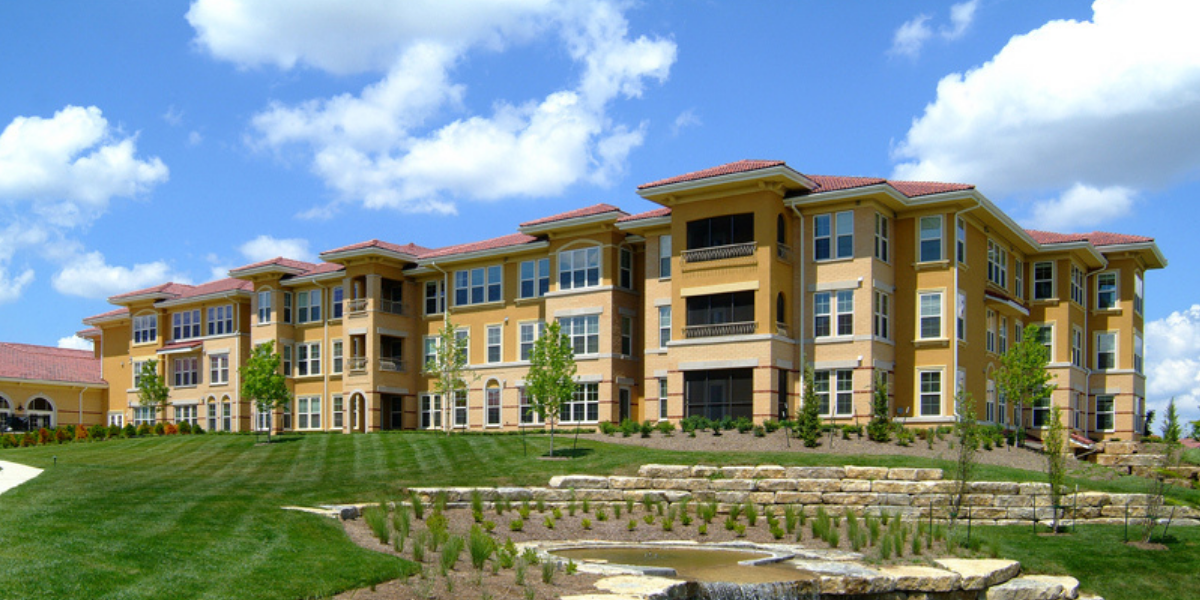 Not many senior living communities can say that they have had no resident COVID-19 cases, but Santa Marta, located in Olathe, Kansas, and managed by Greystone, is one of those few.

“We’ve had less than 12 cases in the last five months and those were all staff,” Executive Director Chet Surmaczewicz said. “It was also determined that all of those staff contracted COVID outside of the community, so we’re really fortunate to have had no staff-to-resident spread.”

Surmaczewicz and Santa Marta’s Administrator, Brian Haase, credit this to both their quick reaction when U.S. cases started climbing in March, and their teams, who have really stepped up during this time.

“I think when this first began, all you heard about was the bad scenarios, especially in senior living communities,” Haase explained. “There was – and still – is a large amount of uncertainty, but our staff has really taken it in stride and gone above and beyond to serve our residents.”

Throughout the pandemic, communication has been key across all parties involved, with Surmaczewicz stating that their daily calls with the Greystone team have been helpful in making sure all stakeholders are aligned. Even more importantly, communication to residents and their families became paramount when Santa Marta prohibited visitation in March.

“We’ve been doing weekly campus updates that are posted on our website,” Surmaczewicz described. “Our Facebook page has also been another way to keep our residents and their families up-to-date and boost morale. Even if the news isn’t necessarily great, I think they really appreciate all we’re doing to make sure they informed.”

Guided by their local health department’s recommendations, Santa Marta has slowly begun reopening parts of its campus this summer. Following a recent conversation with a resident, Surmaczewicz realized the emotional and mental impact of reopening amenities like dining.

“I was in the beauty salon the other day talking to a resident who had lost her husband just before COVID, and she mentioned that it was really lonely to eat by herself,” Surmaczewicz said. I realized how even something as simple as dining can be more of a mental and emotional thing rather than being just a transactional meal, so it was important for us to quickly open up what we could and in the safest way possible.”

While opening up independent living was fairly straightforward – dining and fitness centers by reservation only and sanitized after each use, hallway bingo, and socially distant small group gatherings – Surmaczewicz explained that the approach is different in their healthcare areas.

‘It’s definitely more of an individual approach because each person has his or her own specific needs, whether it’s mobility, communication, or cognitive,” he explained.

As with many other senior living campuses, Santa Marta is beginning to look at the cost impact of things like staff testing, additional (and more expensive) personal protection equipment (PPE), and labor.

“In any normal circumstance, someone could look at our healthcare occupancy drop and then look for the correlating drop in labor, but that’s unrealistic in the current climate,” Surmaczewicz said. “Now that everything is more individual, our team has to bake in the time to don and remove new PPE, which of course adds more time and has a cost associated with it, so we’ve spent a good amount of time educating our board on the daily logistics of operating in this type of environment.”

As far as how this will impact the industry long-term, both Surmaczewicz and Haase predict that reducing touchpoints will be par for the course and things like automatic doors, faucets, and trash cans will become standard rather than a luxury. “From a marketing perspective, I think consumers will start asking things like “What changes have you made in light of recent events?”,” Surmaczewicz surmised. “I think emphasizing our health and safety changes are just as valuable as saying that we haven’t had a resident case during this pandemic.”