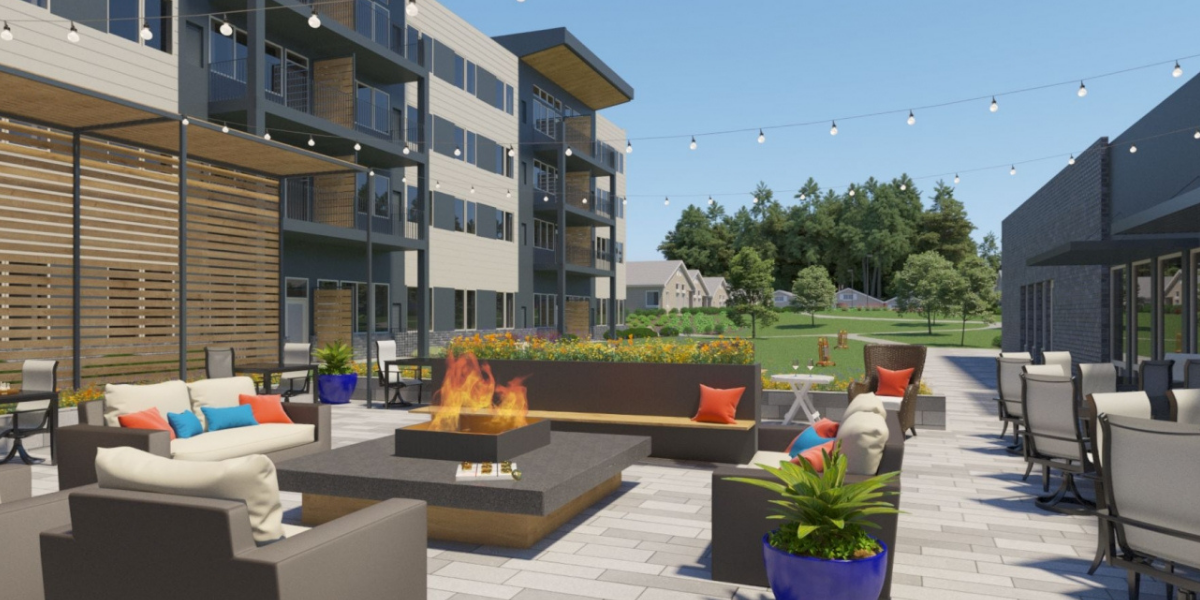 In 2016, Rockwood Retirement Communities in Spokane, WA had just completed an independent living expansion of its South Hill campus. This project was nearly 10 years in the making, due in large part to the Great Recession and the lingering financial impact in the years after opening.

“The Great Recession made it difficult to nail down pre-sales,” said Alan Curryer, CEO of Rockwood Retirement Communities. “Then we got the pre-sales and prepared to finance. But it was hard to get financing because the senior living market had dried up for a while following that recession. Our experience in self-developing a project was a frustrating process to say the least.”

In June 2016, officials from Whitworth University reached out to Rockwood to discuss a potential collaboration – the university wanted to sell a parcel of their land to Rockwood for an expansion of Rockwood's neighboring senior living community. Unsure of how to evaluate this opportunity, Rockwood team enlisted Greystone’s expertise.

“Greystone helped us through the process and actually came out to Spokane to meet with us and university officials,” Curryer said. “In the end, it wasn’t quite enough land for us to say yes, but Greystone helped us make a good impression on the Whitworth team, enabling us to stay in touch with them and keep the possibility of a partnership alive despite not being able to build on their campus.”

Just two years later in 2018, Rockwood wanted to evaluate growth options in the Spokane market, so they looked to Greystone for strategic planning. After an in-depth market analysis, evaluation of the existing organization and its strategic options, Greystone collaborated with the Rockwood to identify its highest and best priority. Repositioning and redeveloping the existing Hawthorne campus next to Whitworth became the focus.

“Greystone identified the challenging aspects of the campus in its current state, such as being landlocked, having very small apartments and lacking many of the typical amenity spaces that a modern CCRC would offer” said Curryer.  “Occupancy was declining and would definitely get worse if we didn’t take action. We also needed a creative, phased solution that specifically addressed how to transition to newly built spaces in a way that would be sensitive to the needs and interests of current residents.”

Rockwood was also concerned with the complexity of the redevelopment and how long it would take to complete.

“There are limits to our abilities alone. Greystone helped to leverage our internal resources and create a strategic repositioning plan that I’m confident will get us to stabilized occupancy in a shorter amount of time,” Curryer added.

As the plans for Hawthorne moved forward, Rockwood kept the Whitworth officials informed and discussions continued about how the university and Rockwood could collaborate long-term. This eventually led to the Partnership for Intergenerational Learning, which brought these two organizations together. Located within ½ mile of each other, this partnership allows residents of the community to take classes on campus, use their athletic facilities and aquatic center, and take advantage of university resources as if they were a student. With the partnership officially in place, Rockwood chose to rename the Hawthorne campus “Rockwood at Whitworth”.

“We are already 80% pre-sold for our independent living building,” Curryer remarked. “We owe a lot of that to our partnership with Whitworth. There’s a great synergy there. And of course, Greystone helped bring this all full-circle.”

When all is said and done, the new Rockwood at Whitworth campus will have more than doubled their number of units, going from 88 to 192, which will include a mixture of independent living apartments and cottages, assisted living apartments, and memory support units.

“Memory support is new to this campus. When we realized we couldn’t support residents who needed this type of care, we decided to include this in our new plan,” Curryer explained. “This allows us to serve our community in a more contemporary way that avoids a lot of the regulatory  burden of skilled nursing, which we have chosen to eliminate in this repositioning.”

The campus is currently halfway through Phase I of the plan, which should be complete in early 2021. Phase II will begin soon after, during which they will build their new four-story independent living building.