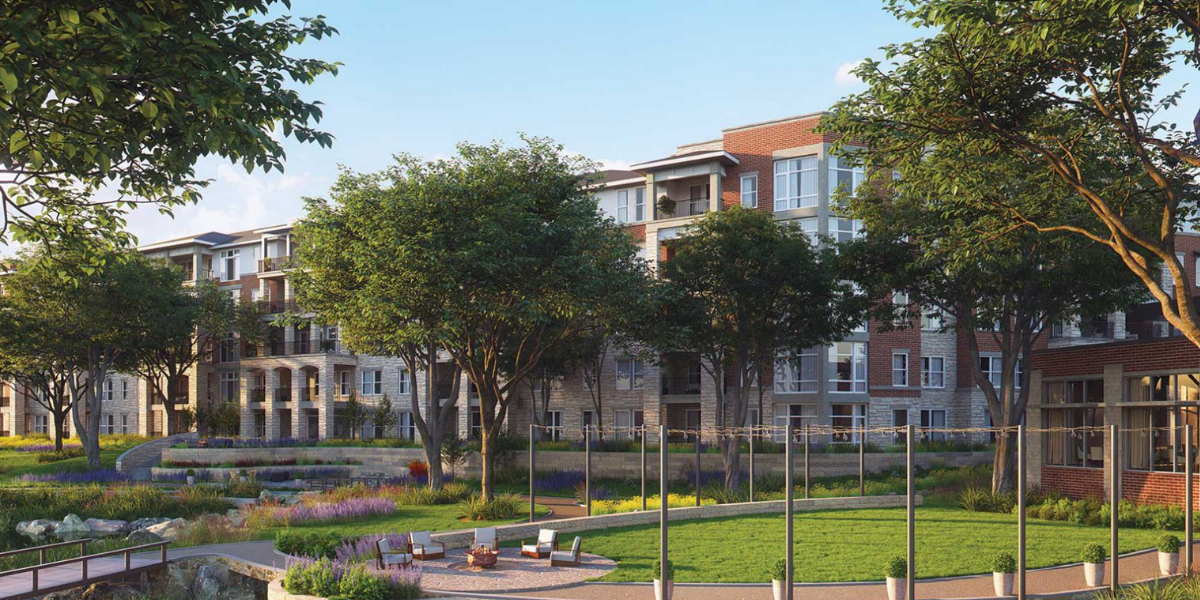 For Forefront Living CEO Tim Mallad and his board, 2020 has been about continuing to bring Presbyterian Village North (PVN) into the 21st century, even amidst a pandemic. At the beginning of the year, the Dallas-based community already had plans in place for their newest project, The Hawthorne, a five-story independent living building. However, when it came to financing the project, the pandemic and recent tumultuous election added additional challenges to the mix.

“When you look at financing a project, it’s always a bit complicated,” Mallad remarked. “In a good year, you’d be concerned about that, but especially this year.”

So why, in such a trying year, did PVN and Forefront continue to press forward with this project? As Mallad explained, this was not only a redevelopment of the PVN campus, but also a repositioning of their brand. When the 40-year old community was originally built, the market was drastically different, focusing heavily on the healthcare side.

“Greystone helped us determine that if we wanted to reposition, we needed look at rebalancing our unit mix,” Mallad said.

Once construction is complete, PVN will have only 70 skilled nursing beds – down from 280 – and 112 brand-new independent living apartments, positioning the campus to better serve the current market.

“PVN has a broad spectrum of price points, and The Hawthorne further expands the entry points for potential customers across the campus,” Mallad described. “This project performs so well, it will not only make up for the drastic reduction in health care beds, but also bring the entire community into the present.”

Mallad credits his team and “forward-thinking” board, in addition to partners like Ziegler and Greystone, for being able to keep the project moving this past year. Real-time education and preparation were key as things changed daily during the pandemic, which enabled them to make quick decisions when the situation called for it.

“The majority of our board members here saw more opportunities presented by the pandemic than they did obstacles,” Mallad stated. “They are very supportive of a growth platform in general and have a high level of confidence in the teams partners we’ve chosen.”

Construction on the Hawthorne building has begun and is expected to be completed in 2022. Mallad and his team are looking forward to seeing their campus flourish as a result of this redevelopment and repositioning.

“It’s a great project with a lot of excitement and it’s been received very well by the market,” Mallad said. “I think this has really brought out the best of both Forefront and Greystone.”

An Update on COVID-19
By
Emily Klaus

We Are Thankful and Optimistic
By

We Are Thankful and Optimistic
By
Greystone News
read more