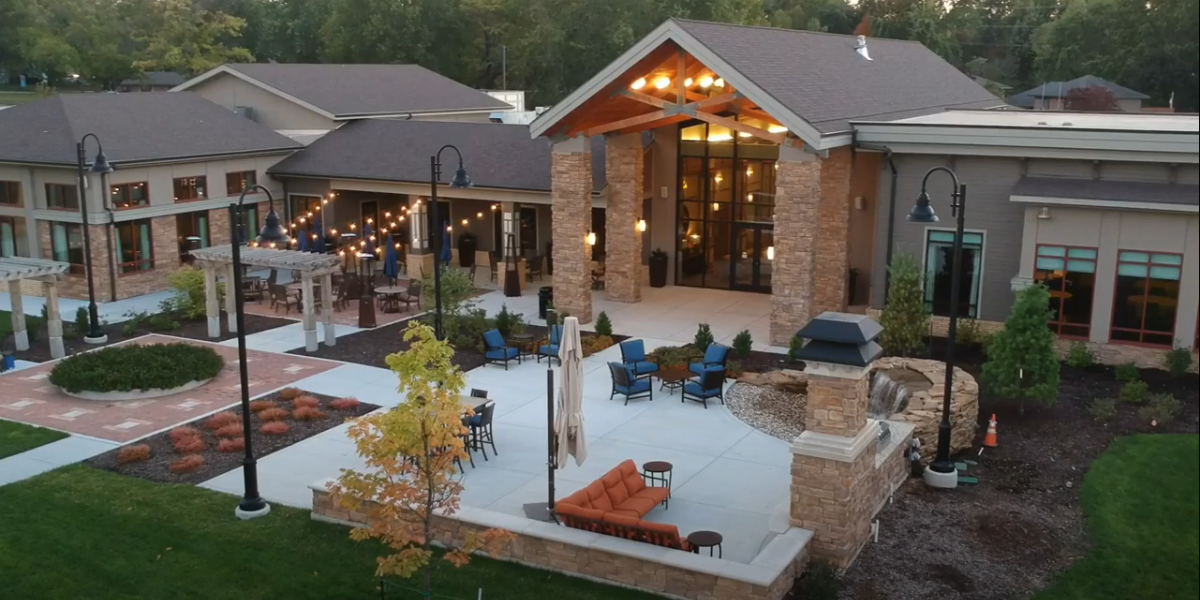 Presbyterian Manors of Mid-America began in 1948 as a single-site nursing community in Newton, Kansas. PMMA originally grew its system by expanding into rural communities in both Kansas and Missouri, serving primarily farming areas and their families in small to medium sized communities. Bruce Shogren, President and CEO of PMMA, says the organization was not ready for a true strategic plan until the last three years.

When Shogren was asked to take over the role of president in 2011 after 15 years of being the Chief Financial Officer, the PMMA communities were almost all small CCRC financial models and not the large entrance fee CCRC models that are prevalent in the industry today.

“We didn’t build up a large cash reserve, we truly lived day-to-day,” Shogren commented. “We were more of a rental product with small entrance fees and we didn’t offer life care. We covered everything for the next month in cash. We weren’t in trouble by any means, but we didn’t have much of a cushion to fall back on.”

Between 2011 and 2015, PMMA experienced significant changes in their senior staff and board levels, leaving Shogren with the task of bringing together new faces with fresh ideas and different levels of experience. One of the first changes these new stakeholders agreed upon was to sell one of their largest communities located in Kansas City, Kansas.

“Kansas City Presbyterian Manor was essentially a large nursing home with 163 beds and was not performing financially,” Shogren detailed. “We were down to around 60% occupancy when we decided to sell it to a for profit organization. This was one of the key turning points for our organization, especially in combination with what was happening at our newest community, Aberdeen Heights.”

Aberdeen Heights, located in Kirkwood, Missouri, was approximately five years into its operations after opening in 2011. The community was meeting – and beating – nearly all of its occupancy and financial goals, even though it was developed and opened right after the 2008 recession.

The combination of the sale of PMMA’s largest nursing home and the success of Aberdeen Heights allowed the financial position and future thinking of the PMMA organization to change almost overnight. PMMA was finally in a positive yet uncharted financial position.

“We now had a cash situation where we could look down the road three to five years instead of just the next month,” said Shogren.

With more financial resources available, the PMMA leadership team began to look at how to use those funds to reinvest in their 15 communities. Having worked with Greystone since 1996 beginning with the development of their Aberdeen Village campus in Olathe, Kansas, Shogren reached out to the firm again to assist in creating a strategic plan for the PMMA System.

Upon engaging Greystone for assistance in their strategic planning services, the first step was to conduct a market study for every PMMA community, setting a baseline as a launch point for the rest of the plan and strategy.

“We had never done market studies throughout our system before as a baseline,” Shogren remarked. “We looked at the housing values, who is age and income qualified, and more in each market - things that Greystone does so well.”

“The strategic pricing analysis work helped us determine whether our rates and entrance fees were competitive to the markets we were serving and where adjustments needed to be made,” Shogren said. “The market analysis work, which is ongoing, is the primary initial measure of whether a reposition or expansion opportunity is available for PMMA to pursue.”

Before COVID hit, PMMA and Greystone were beginning to dive deeper into the three communities with growth opportunities. Greystone has continued to work with PMMA to prepare financial feasibility studies and dialogue with architects to discuss how PMMA could successfully expand or reposition those three communities. Shogren says this will allow PMMA to hit the ground running when the pandemic is over.

“We probably could’ve gone through this process on our own, but we would not have had nearly as good of a product” Shogren commented. “Working with Greystone gives us a wider view because they know what’s out there in the market and what is working – and just as importantly, what isn’t working – from a finance or development perspective. Their depth of experience and knowledge has been critical in getting us where we are today.”