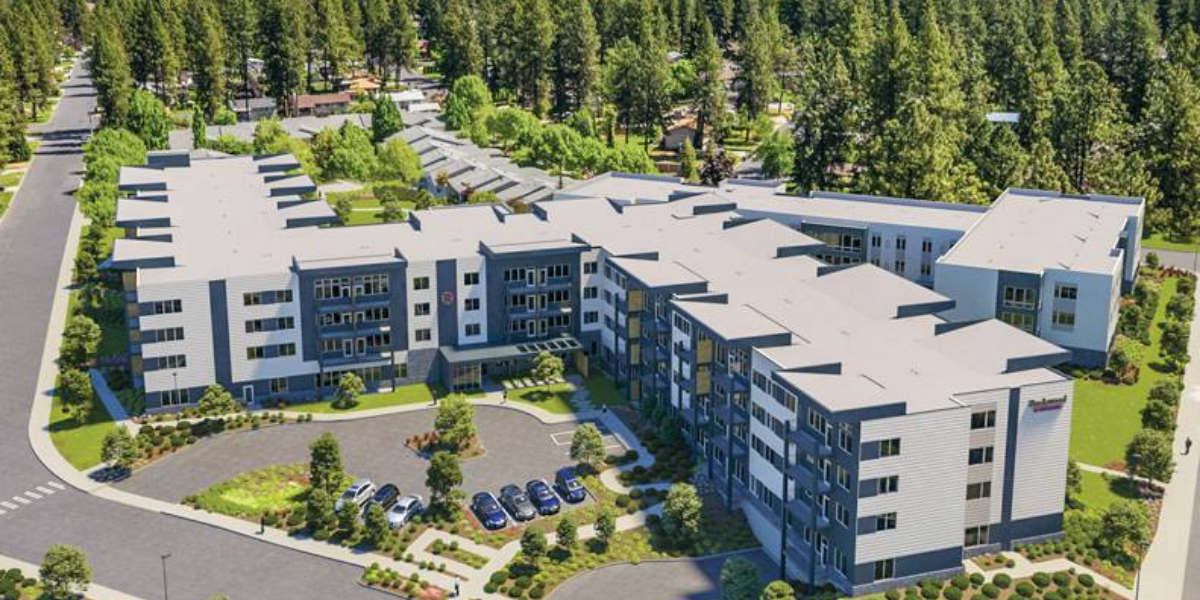 In 2016, Rockwood engaged Greystone to assist with the completion of a strategic growth plan, with a goal of identifying, sequencing, and prioritizing opportunities for the Rockwood organization. The plan was completed over a four-month period and yielded several objectives:

Executing on The Top Objective

While the campus sat in a healthy market segment of Spokane, the existing structures were no longer market-relevant. Together, Rockwood and Greystone determined that the best opportunity to address the organization’s need for enhanced financial performance was a two-phase redevelopment for Rockwood Hawthorne. Rockwood engaged Greystone and their development services to replace most existing buildings and add 117 independent living apartments, 48 assisted living units, and 24 memory support units. The team also chose to eliminate skilled nursing, after discovering that it was a financial burden to the entire system.

A Partnership with Whitworth University

In addition to its redevelopment efforts, officials from nearby Whitworth University reached out to Rockwood in 2016 to discuss a potential collaboration - the university wanted to sell a parcel of their land to the organization for use as a senior living campus.

Ultimately, Rockwood decided it wasn’t enough land for them to meet its development objectives, so efforts shifted to redevelopment the Hawthorne campus at its current location, just 0.5 miles from the university. Rockwood kept Whitworth officials engaged through the early stages of planning and were pleased when the university confirmed its interest in a formal collaboration. The result was the Partnership for Intergenerational Learning, which allows the residents of the community to take classes on campus, use the university athletic facilities and aquatic center, and take advantage of university resources as if they were a student. With the partnership officially in place, Rockwood chose to rename the Hawthorne campus “Rockwood at Whitworth”.

"We needed a creative, phased solution that specifically addressed how to transition newly built spaces in a way that would be sensitive to the needs and interests of current residents."
‍

In April 2021, Phase I of the redevelopment - 48 AL units and 24 MS - opened to residents. Phase II - 117 IL apartments and cottage homes - received financing in December 2020 and is currently under construction. Phase II is expected to open in spring 2023.­­