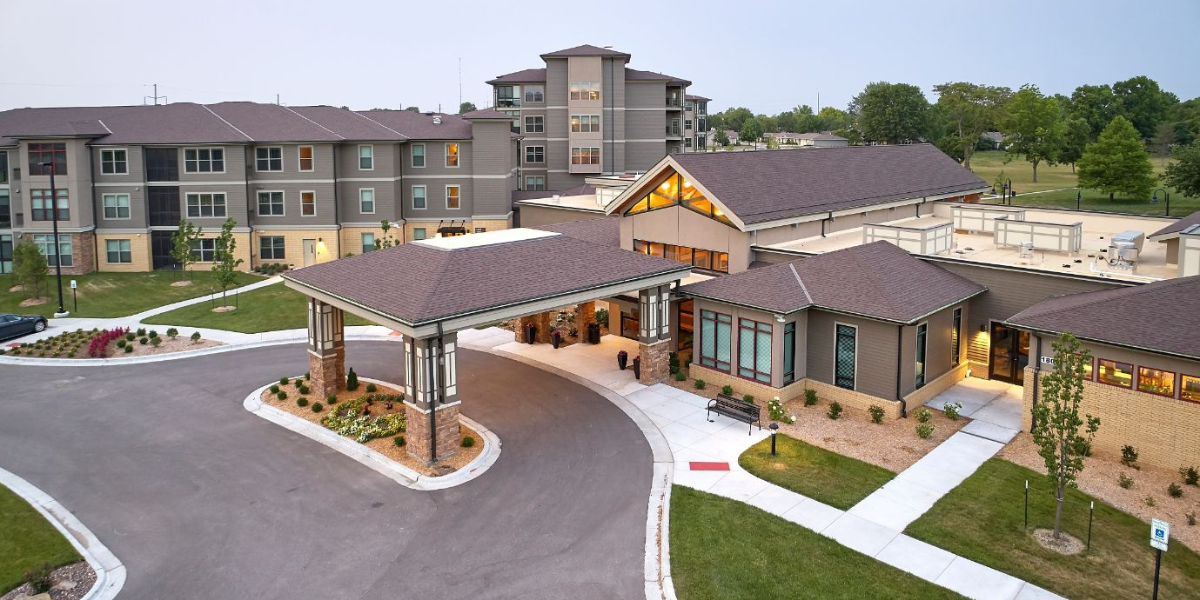 Since 1970, John Knox Village (“JKV”) has been an industry leader in senior living. Its 227-acre campus in Lee’s Summit, Missouri has over 1,000 independent living residences, 183 assisted living and memory support residences, and 206 nursing beds, which makes it the second largest not-for-profit, single-site Life Plan Community in the nation.1

After nearly 50 years of operations, the age of the campus had taken its toll on the physical plant, and certain IL apartments were no longer market-relevant The long-time entrance fee-based units were struggling to maintain minimum occupancy levels with a rental pricing structure. Of the usable independent living apartment inventory in 2013, 55% of the residences were rented and 45% were entrance fee-based. JKV management took decisive action, with the assistance of Greystone, and decided to form a bold and aggressive plan to re-route the community’s path.

In order to achieve these aggressive goals, JKV and Greystone worked together to create a Redevelopment Plan for the entire campus.

JKV’s campus was comprised of several micro-communities without a true core. The community’s strongest physical assets are a beautiful meadow and an adjacent lake near the center of the campus. Greystone created a Redevelopment concept that would capture the beauty of the campus and establish a thriving campus center. The Redevelopment Plan included the following:

Future plans also include the addition of a new boulevard entrance that creates a sense of arrival to the campus.

The Redevelopment Plan required that certain residents be displaced from their current residence in older, obsolete buildings. In order to overcome this challenge, Greystone worked with JKV to develop an in-depth transition plan for the displaced residents while remaining sensitive to each senior’s needs and providing them with a comparable residence. Greystone developed a comprehensive marketing strategy that enabled JKV to match each prospective resident with the residence and contract type that best fit their needs.

JKV implemented the full Redevelopment Plan with the assistance of Greystone. The campus has moved from a rental-based model to a majority entrance-fee based community, as seen in Figure 1 and Figure 2. The Redevelopment Plan dramatically increased aggregate entrance fee proceeds over a 10-year period from $3.8M to $13.5M, substantially increasing cash reserves.

The campus upgrades attracted more senior couples, as seen in Figure 3, creating deeper penetration within the same primary market area from which JKV had historically drawn its rental customers.

The creation of the Courtyard Apartments and the Phase I Meadow apartments were completed in 2016 and 2018, respectively. Phase II of the Meadows expansion is expected to open in Fall 2022.

1 Data according to the 2021 LeadingAge Ziegler 200 report

Project Case Studies
Emily Henderson
Director of Corporate Communications
Emily Klaus has been with Greystone since February 2020. She is responsible for developing and executing strategic marketing plans and elevating the Greystone brand through collateral, events, digital platforms, and media outreach.
No items found.

Thank you!
Your submission has been received!
Oops! Something went wrong while submitting the form.
Services
Experience
Events
Insights
About Us
Careers
Contact Us